Jaipur: The attackers had stabbed the deceased tailor Kanhaiyalal in Udaipur 26 times, this revelation has been made by police sources. According to police sources, 26 marks of wounds have been found on Kanhaiyalal’s body in the post-mortem. However, it is not yet clear whether all the wounds were of knife attack or any other weapon. More wounds have been found on Kanhaiyalal’s neck, head, hands, chest and hands. Kanhaiyalal’s body was cremated on Wednesday in the presence of thousands of people.

Kanhaiyalal used to do tailoring work in Udaipur’s Dhanmandi. There is his shop there. Two days ago on June 28, he was at his shop. At the same time, two youths came there in the afternoon and talked about getting clothes stitched. On this Kanhaiyalal started taking measurements of one of them. During this, both the youths attacked him. The attackers killed him there with a sharp weapon.

Kanhaiyalal died on the spot in the attack. After that the attackers fled from there. After the incident, a huge crowd of people gathered there and anger spread among them. Slowly the tension started spreading there. On this the police and administration officials reached there with heavy police force and tried to control the situation. Later, when the situation became more tense, curfew was imposed in seven police station areas of Udaipur by shutting down the internet.

As soon as the information of this incident spread, the government had to impose section-144 was in the whole of Rajasthan for maintaining law and order. The state government came on alert mode and officials of police and administration were sent from Jaipur to Udaipur. At the same time, SIT was also formed for speedy investigation of the matter. The police, who came into action, arrested Riyaz Ansari and Ghaus Mohammad, accused of murder, from Rajsamand district late on Tuesday. 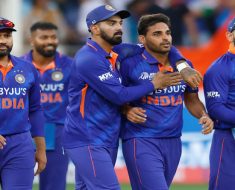