Breaking News: In Spain, on Friday, a person has been reported to have died of the monkeypox virus for the first time. This is believed to be the first death related to the current outbreak of monkeypox in Europe. According to the Emergency and Vigilance Coordination Center of the Spanish Ministry of Health, Spain is one of the few countries in the world most affected by monkeypox. So far, about 4,298 people have been infected with this virus in Spain.

According to a news of NDTV, a report of the Center has said that according to the information available, 120 out of 3,750 patients of monkeypox were hospitalized and one patient died due to this monkeypox virus infection. An official said that no information could be given about the specific cause of death as the post-mortem results were not out.

Significantly, the World Health Organization (WHO) on Saturday declared the outbreak of monkeypox as a global health emergency. According to the WHO, more than 18,000 cases of monkeypox have been detected worldwide since the beginning of May. WHO chief Tedros Adhanom Ghebreyesus said on Wednesday that it has been detected in 78 countries. In which 70 percent of the cases have been found in Europe and 25 percent in America.

So far 4 cases of monkeypox have been reported in India. One of these cases also came to light in Delhi on 24 July. The central government has issued a guideline in view of the outbreak of monkeypox. In this, patients infected with monkeypox have been instructed to remain in isolation for 21 days. Symptoms of monkeypox include fever, headache, sore throat along with sores on the skin of the body. These symptoms persist for about three weeks. 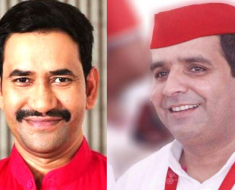