Varanasi: The hearing of all the parties in the High Court regarding the ongoing dispute in the Gyanvapi Mosque and Vishwanath Temple case was completed on Wednesday. After this, the court has reserved its decision for Thursday. Now it is being told that the court will also give the date of next videography on Thursday itself. The court will give its verdict on Wednesday at 12 noon. A hearing was held in the Allahabad High Court on the petition of the Muslim side on the change of Advocate Commissioner. In this regard, the Hindu side had said that the Advocate Commissioner is doing his work with utmost sincerity. He said that such a petition has been filed on behalf of the Muslim party to delay the matter and a demand has been made to change the Advocate Commissioner.

Earlier, the Hindu side had said in the court that the Advocate Commissioner was not allowed to do videography and survey by the Muslim party on the other side of the barricading i.e. inside the Gyanvapi Mosque and in the basement. It has also been said on behalf of the Hindu party that the Muslim party prevented them from going inside the Gyanvapi mosque and inside the basement saying that there is no such order of the court.

It is noteworthy that six cases are going on in the court regarding the dispute related to Gyanvapi Masjid and Vishwanath Temple. In four of these cases, the decision can be secured in advance, now in other cases also the verdict will be pronounced after the completion of the hearing. The hearing on this matter is going on for a long time and different arguments and evidence are being presented continuously from both the sides. 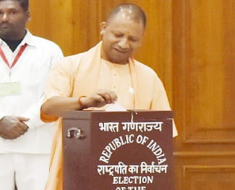 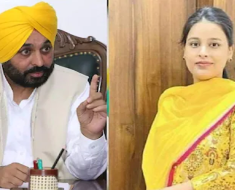