Home
Politics
Congress’s Chintan Shivir in Udaipur from May 13

Since next year in 2023 assembly elections are to be held in four big states of Rajasthan, Gujarat, Himachal Pradesh and Madhya Pradesh along with Lok Sabha elections in 2024. In such a situation, this contemplation camp is considered very important for the party. Congress leaders hope that this camp will definitely give a mantra to revive the party.

Taking a closer look at the history of contemplation camps in the Congress, many such proposals and decisions emerged from these camps started under the leadership of Sonia Gandhi, which gave new strength to the Congress. After the Chintan Shivir of 2003, the Congress formed the government at the Center in 2004 and remained in power till 2014.

The party’s leadership is very worried about the way the party has been defeated in the recent assembly elections in four states. One by one the forts of the party are falling apart, also senior Congress leaders have been deserting the party. After the Prashant Kishor episode, it is gaining momentum among the party leaders that the Congress is in dire need of a clear and strong leadership, which can give life to its leaders and workers.

There will be 6 sessions in Udaipur Chintan Shivir. The main issue will be the economic condition of the country and the alliance in the upcoming election states. About 400 Congress leaders from across the country will participate in this Navsankalp Chintan Shivir. Senior leaders believe that the party will have to continuously review the defeat and also consider ways to overcome the internal factionalism, dissatisfaction and rebellion within the party.

The party believes that the public is troubled by the all-round rising inflation. BJP can be surrounded by making a strategy around this issue. But the biggest problem of the party at this time is that it raises issues but is unable to sit its words in the mind of the public. The party needs a face who can become an alternative to Modi.

A big agenda in the Chintan Shivir will also be to find allies for the alliance. The way big states are coming out of the hands of Congress in North India, there will also be a churn on it. There are about 180 Lok Sabha seats where the Congress is zero. In the largest state of Uttar Pradesh, the Congress is on the margins.

The challenge before the party is to maintain its edge in states like Rajasthan, Chhattisgarh, Madhya Pradesh. It has become the need of the hour for the party to perform well in view of the upcoming assembly elections as well as the 2024 Lok Sabha elections. It has to be seen whether the party gets new oxygen from Udaipur Chintan Shivir. 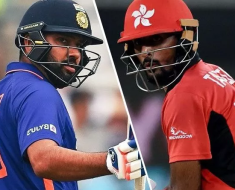 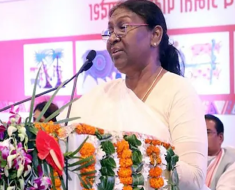