Actually, the credibility of the Samajwadi Party is at stake in Rampur and Azamgarh seats. On the other hand, BSP has decided not to field candidate from Rampur and has fielded Guddu Jamali from Azamgarh. SP has made preparations to field Balihari Babu’s son Sushil from Azamgarh. The ticket of BJP candidate Ghanshyam Lodhi MLC, who was once so close to Azam Khan, was brought to Rampur by helicopter.

Now Ghanshyam Lodhi is in the electoral fray from BJP on the seat of Rampur. BJP’s intention behind giving ticket to Ghanshyam is that the benefit of being close to Azam Khan will help in saving the backward vote bank. While from from Azamgarh, BJP has once again expressed confidence in Dinesh Lal Nirhua.

Nirhua had also contested against Akhilesh Yadav from Azamgarh seat in 2019, but he had to face a crushing defeat. But as soon as Akhilesh Yadav left Azamgarh Lok Sabha seat for the assembly elections, Nirhua suddenly became active again.

However, the way the Congress came on the back foot and the SP reposed faith in the Dalit face in Azamgarh. With that, if some percentage of Yadav vote goes to BJP and Muslim vote goes to BSP candidate Guddu Jamali’s, there might be problems for SP. However, BJP has nothing to lose in both the seats. The caste equations of both the seats were not in favor of BJP. 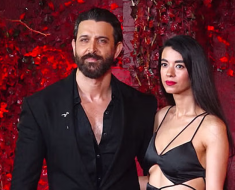