India vs Hong Kong: After win a thriller against Pakistan, team India will be looking to advance to Super four by getting ahead of Hong Kong. Although India has faced Hong Kong earlier in two of the Asia Cup edition in 2008 and 2018 and both the times it was in One Day format, this will be for the first time that both the teams will face each other in the T20 format in Asia Cup.

From team India, batter KL Rahul will look to regain form against ‘lesser known’ team Hong Kong. It will also be interesting to see that who will get first preference in the squad for today’s game. Will it be Dinesh Karthik or Rishabh Pant who will get chance after missing first game against Pakistan. It will be also interesting to see whether Skipper Rohit Sharma will rotate his squad or retain the same squad which played against Pakistan.

Seeing at the ICC ranking of both teams India being no.1 team and Hong Kong being no.20, one can say that India will start as favourites against Hong Kong on Wednesday game in Dubai International Stadium. All eyes will be also on all rounder Hardik Pandya and Ravindra Jadeja’s role with bat as Rohit and Virat along with KL Rahul will look to get back in their form against Hong Kong.

After been saved from a loss against Pakistan, India should not take Hong Kong lightly as cricket is an unpredictable game and one shouldn’t be overconfident. Win for India will be clinching them place in Super4 while Pakistan vs Hong Kong game will be played as a knock out game.

Hong Kong who are considered as an ‘lesser known team’ will look to give some scar to India like they did four years back. Captain Nizakat Khan will lead almost same Hong Kong players (minus Anshuman Rath) and hope to give their fans possibly some sort of hope for an exciting game as they meet Indian team for the first time in T20l. Hong Kong will rely on their spinners as it will be a good match up against India’s Top four also Hong Kong will rely on players like Nizakat Khan, Yasin Murtaza and Ehsan Khan. Also, Indian fans will not forget Nizakat khan’s 92 against India which makes him key player for team Hong Kong. 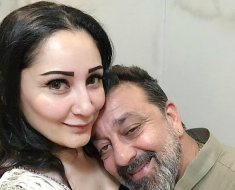